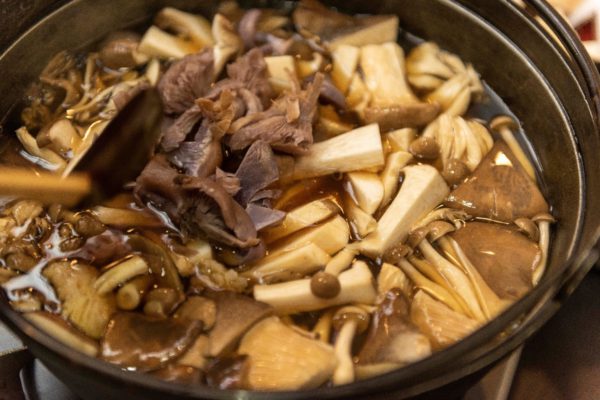 As autumn arrives, mushrooms flourish in the forests of Aomori, where more than forty edible varieties can be harvested. People would traditionally forage these, eating what they may and preserving the rest by drying and pickling them as a preparation for the harsh winter just months ahead. Mushrooms are an indispensable part of the food culture in Aomori. While people no longer need to rely heavily on such preserved foodstuffs, it is still considered a quintessential food for the autumn season.

For the people of Aomori, though, one kind of mushroom stands out in particular: the Naratake. In English it is commonly known as Honey Fungus. Easily harvested in bulk in forests maintained by villagers, this mushroom is known for its distinct texture and deep flavor, which are often described as crunchy and having just a faint sweetness. Despite their popularity in the region, the Naratake is not commercially cultivated and is therefore only available fresh during a short window. During their season, the mushrooms may be savored in hearty stews and soups served in local eateries and restaurants. 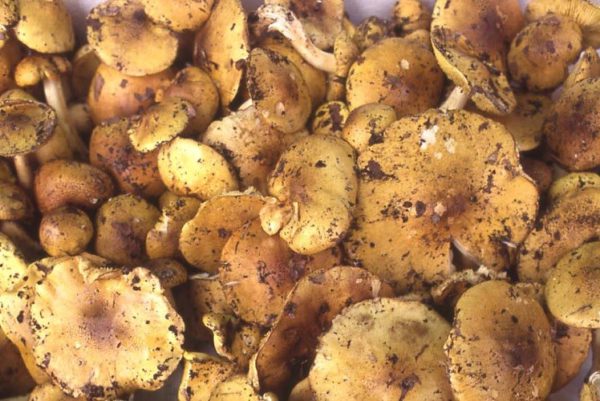