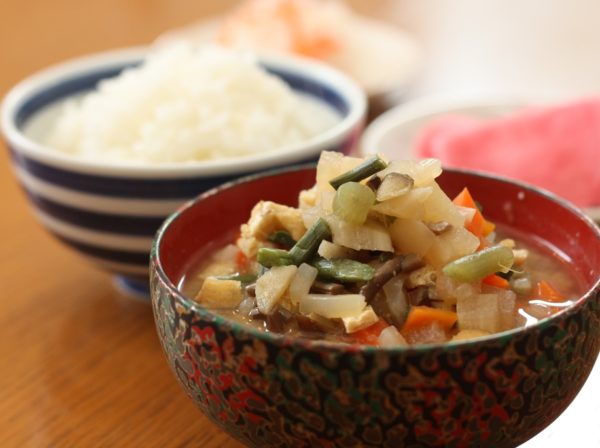 Kenoshiru is a traditional soup made with lots of  vegetables that was handed down over many generations in Tsugaru, the western region of Aomori Prefecture. The dish is not only very nutritious but also gluten-free and vegan-friendly. Using a variety of root vegetables, such as mooli, carrot and burdock, it also counts foraged wild plants like butterbur, bracken and flowering fern amongst its ingredients. A source of protein is also added, like fried or frozen tofu. Chopped into fine pieces, all those healthy ingredients are cooked in a kombu seaweed broth and flavored with either miso or soy sauce.

It is said that these ingredients were used as a substitute for rice. With a relatively cold climate and limited agricultural technology, rice used to be a very precious harvest in Aomori. 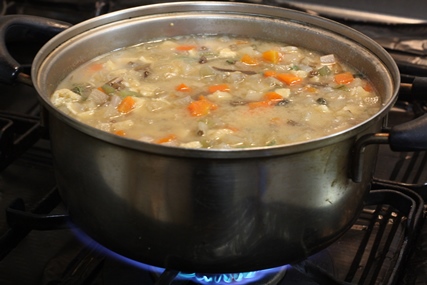 Kenoshiru was also a handy dish, lasting days during harsh winters in the region. Local people say they would often eat Kenoshiru for a few days in a row with their family.

In the old days, when cooking was regarded as women’s work, a housewife would prepare a pot full of Kenoshiru for their family members before Lunar New Year, which usually arrives in mid-January to early-February. Also called “Women’s New Year,” this period offered many housewives a chance to reunite with their parents as they were released from day-to-day chores.

Kenoshiru is still one of the favorite dishes of locals during winter. For people who are short on time, a ready-to-cook pack of shredded vegetables is available at local supermarkets.

For visitors, Kenoshiru can be found at many restaurants in Aomori Prefecture and at some outside the prefecture. 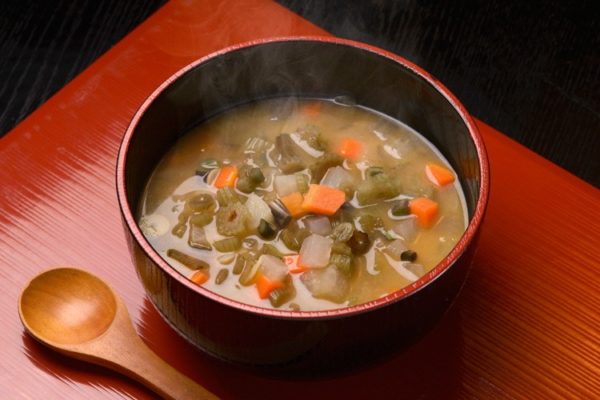