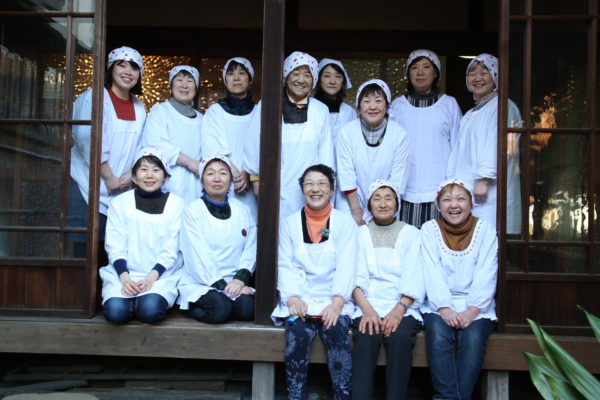 Tsugaru Akatsuki-no-kai is a cooking club born out of a crisis. The founding members of the club had witnessed the loss of a rich culinary culture since the 1970’s, which was caused by the influx of fast food and frozen meals as well as the modernization of farming. People used to  prepare traditional dishes and share them when they planted rice paddies together in early summer, but such opportunity was lost when the planting work was mechanized. The traditional recipes were often thought to be too complex and time consuming to prepare, making them less attractive to those deprived of such time. 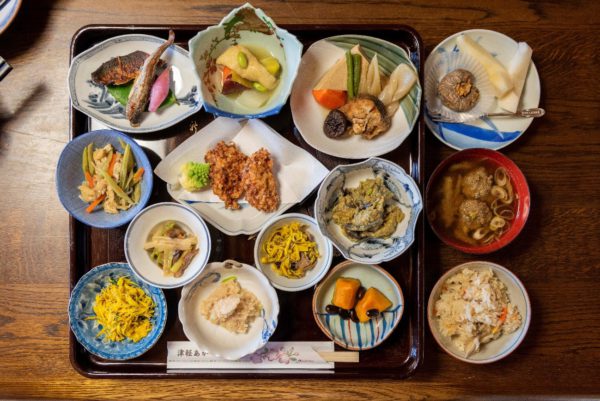 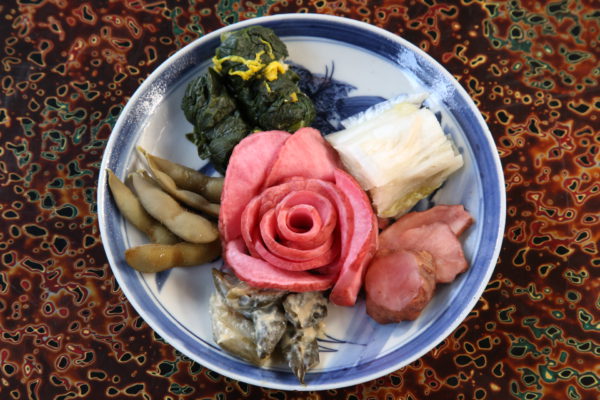 So, four to five women from the Ishikawa District of Hirosaki City stood up against this, and started interviewing the elderly in the area and collecting recipes full of wisdom and techniques accumulated through the years. The archived recipes now count over two hundred and are handed down to the younger generations through this cooking club. 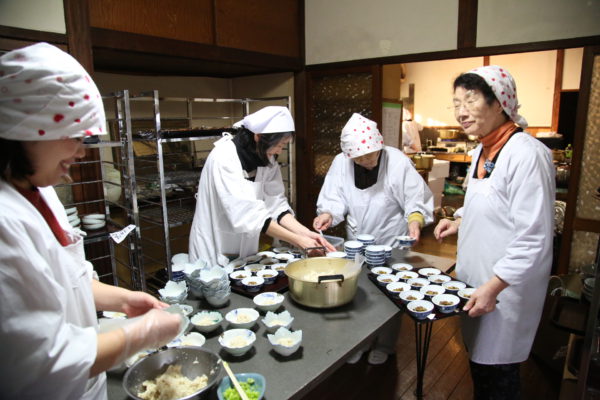 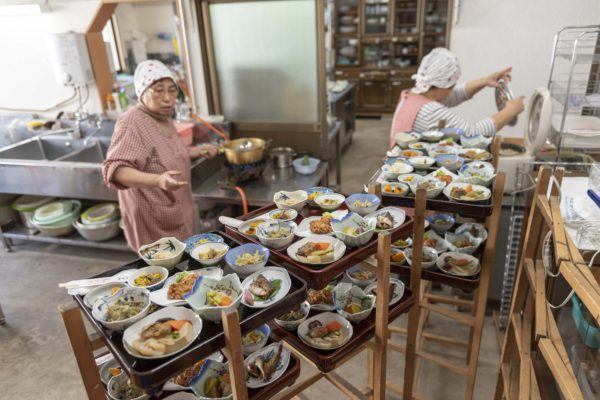 Nowadays, Tsugaru Akatsuki-no-kai showcases traditional dishes based on these recipes to those who visit their base in Hirosaki City, with set meals starting from 1,500 yen. The dishes use locally harvested rice, vegetables, foraged plants, and no MSG. They are the fruits of the labor of the members, who sometimes start preparing food several days in advance to desalinate salted foodstuffs. These dishes may seem quite different from the kaiseki cuisine served at upscale restaurants, but the flavor of this hearty food from Tsugaru region in no less complex.