The Island of Gulls ― Kabushima 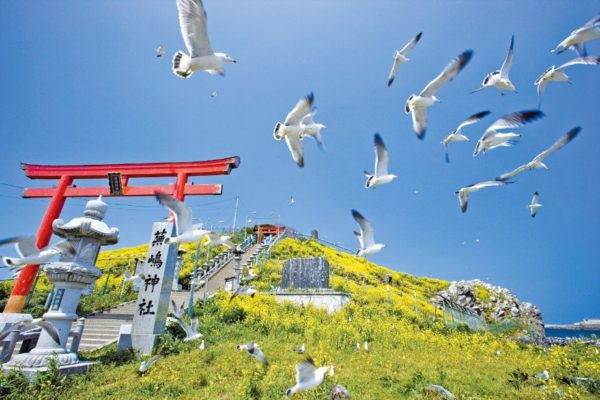 Designated as a National Monument, Kabushima Island is known as the top umineko or black-tailed gull breeding ground in Japan. While it is called an island, it is actually a small hill connected to mainland; the narrow sea which separated the island from the mainland was filled during the Second World War at the request of the Navy. It is the only place in Japan where visitors can view black-tailed gulls breeding from up close.

Every year from March until August, the gulls migrate to the island to lay eggs and raise their chicks. During that time Kabushima is buried underneath 30,000 to 40,000 gulls. The sight of numerous birds cawing and flying about is truly breathtaking and even slightly reminiscent of the iconic horror movie The Birds by the renowned film director Alfred Hitchcock. 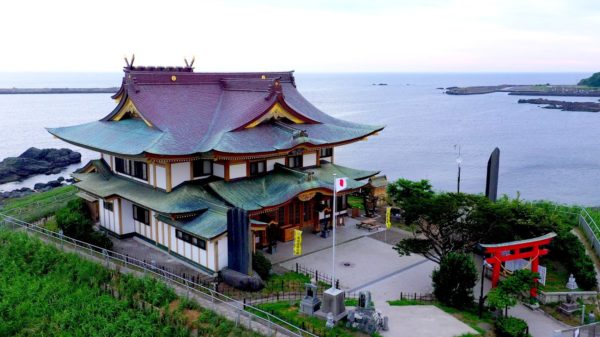 The island is also believed to be one of Japan’s top power spots due to the constant rain of “bird bombs” from the sky. The reason for this is that the Japanese word for poop, un, sounds the same as the word for luck un. If you wish to avoid “getting lucky”, the nearby information center offers a free umbrella rental service, so you can rest easy. In July, the fledglings will have grown as large as their parents, and the breeding season comes to an end in August, when the families fly south. A confection called Umineko Bakudan or black-tailed gull bombs, which are designed to look uncannily like bird poop, are also of note as a treat that is both amusing and delicious.