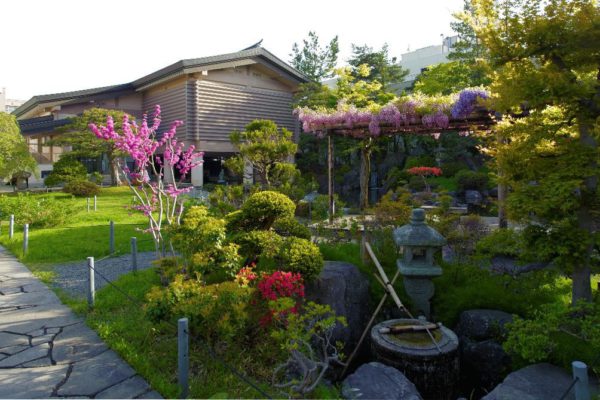 Shiko Munakata is a woodblock print artist from Aomori who has won international acclaim. He was the first Japanese person to receive the Award of Excellence at the 2nd International Woodblock Print Art Exhibition held in Lugano, Switzerland. He also earned first prize in the print category at the 3rd International Biennale of Sao Paulo, as well as the grand prize in the print division at the 28th Venice Biennale.

The Munakata Shiko Memorial Museum of Art opened in 1975 to commemorate his works. Located in Aomori City, the museum’s exterior is designed in the Azekura style, a traditional style of construction used for warehouses in Japan since the 8th century. Its classic Japanese style garden is enjoyable too.

Shiko Munakata was born in Aomori City in 1903, as the son of a blacksmith, and started to show his interest in art early. Before reaching 10 years old, he started drawing pictures on kites for his classmates of elementary school.

One decisive moment was when young Munakata first saw a reproduction of  “Sunflowers” by Van Gogh. The painting moved him so deeply that he decided to go to Tokyo to concentrate on painting when he was 21 years old. After 5 years of hard work, even earning his bread by selling natto on the street at one time, he finally won a prize, his first, in an exhibition.