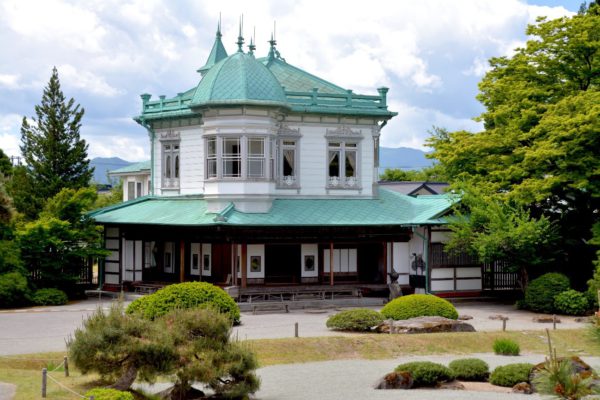 Seibien is a historic site in the Tsugaru Region of Aomori Prefecture, which is listed as a national place of Scenic Beauty. Located in Hirakawa City, the garden is 12,000㎡ (130,000ft²), and its construction is said to have begun in 1902, taking 9 years to complete. It is regarded as one of the best three gardens of the Meiji period (1868-1912) in Japan.

The double feature of a dry landscape garden (karesansui), with the surface of water represented by sand and pebbles, and a stroll garden with a central pond is the main characteristic of this garden. 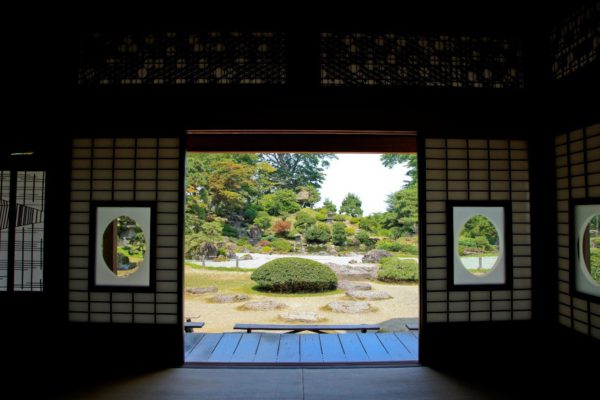 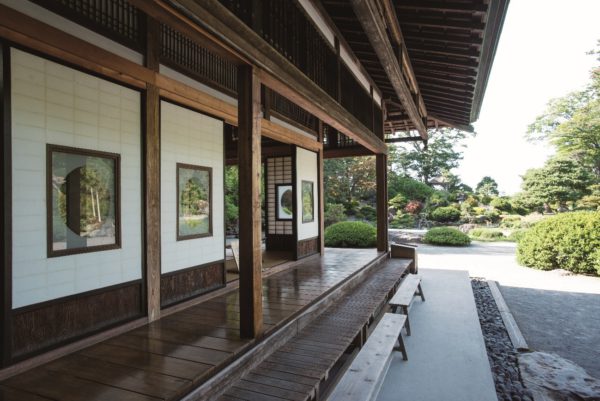 Seibikan, a Japanese-Western eclectic style building standing in one corner of Seibien, was originally built in 1909 to enjoy viewing the garden with the far away mountains in the background. The first floor of the building is built in a Japanese style of architecture and the second floor in a Western style. The style of the garden and building are both so unique that it inspired the creators of the anime movie “The Secret World of Arrietty.” Visitors can enjoy a peaceful time sitting on the porch and admiring the garden. 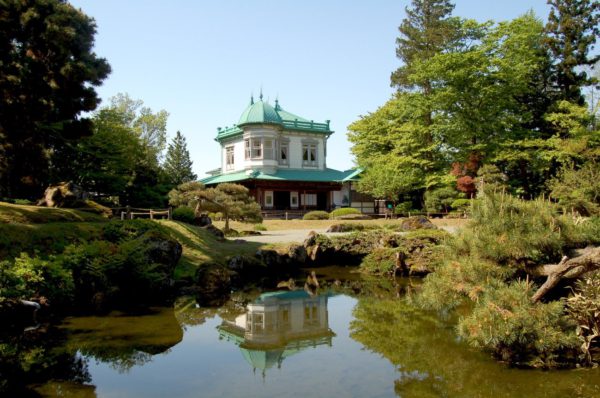 This school of Japanese garden design is really unique. While most of the famous gardens in Kyoto were built for monks and samurai, the Oishi Bugaku School has been popular not only among the rich, but also among farmers.

Known for its effective use of large stones, pines and firs, it was first established and enjoyed by samurai and monks in the early 19th century. However, this style of landscaping seems to have become a local fashion in the late 19th century. Many merchants, landlords and financiers built gardens as a philanthropic endeavor, paying farmers suffering from the poor harvest to build them.

Then, the farmers started to build their own gardens for themselves. Now, there are over 470 Oishi Bugaku style gardens in the Tsugaru Region. Hirakawa City, the center of the Oishi Bugaku style of garden, boasts 30 gardeners concentrated in a very small district.