Every summer, the world’s tallest paper sculptures, known as Tachineputa, parade through Goshogawara City. The 23-meter-high illuminated creations, weighing 19 tons in total, feature legendary samurai warriors and folk heroes. Following the multicolored giants, locals chant “Yattemare!” (now or never) while dancing to flutes, drums and bells played by traditional Japanese musical performers known as hayashite. With each sculpture taking an entire year to create, Goshogawara City pulls out all the stops so that the floats can be enjoyed at the festival, which lasts just five days from August 4. The Tachineputa no Yakata (Tachineputa Museum), where the sculptures are preserved and displayed, is like an airplane hangar. It also serves as a studio for their creation and is a must-see for visitors. As well as Tachineputa, Goshogawara City and its surroundings offer many attractions, including a century-old manor house built by a rich landowner. 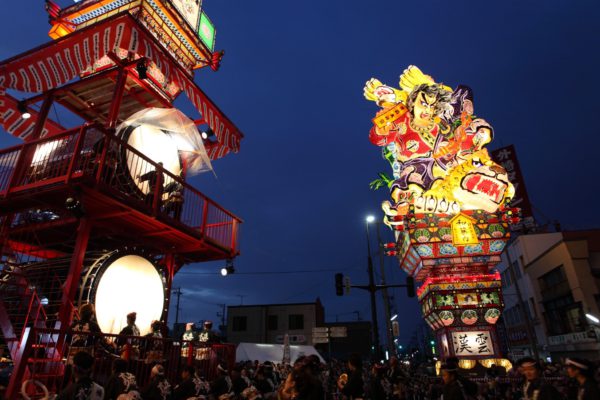 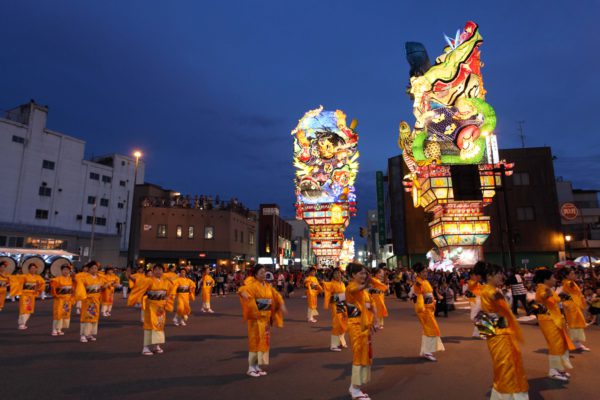 Neputa, or Nebuta, is one of the oldest summer festivals in Japan and is celebrated in many cities across Aomori Prefecture every year. Each float’s framework is built from wood and bamboo bound with wires. Once the float is entirely covered with white washi paper, it is then painted in a rainbow of colors transforming into the illuminated floats that march through town with hayashite and dancers referred to as haneto trailing behind. The largest ones are those made in Aomori City, but Goshogawara City has the tallest ones of them all. Since the festival is very important locally, Goshogawara City removed all power lines and poles and reinstalled them underground to make way for Tachineputa Festival. In the old days, the sculptures used to be so tall that they could be seen from the neighboring cities. However, over the years they became smaller and smaller due to large fires and the introduction of power lines and poles. Missing the floats’ magnitude and grandness, a city official took action to bring back the festival’s former glory and formed a union. For the first time in nearly 90 years, the grand-sized Tachineputa floats were finally brought back in 1998. There is strong passion shared amongst the people of Goshogawara City regarding this history, and it is a well-known fact that the music and dance performed at the festival are far more dramatic and dynamic than other neputa festivals. 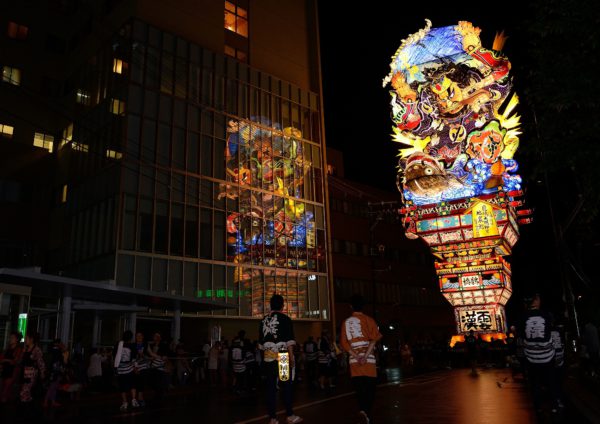 The 7-story-high Tachineputa Museum has an astoundingly high ceiling housing three huge Tachineputa floats. Even in this spacious area, it already seems packed with all three paper giants illuminated by 1,000 lights bulbs standing still and waiting for their once-a-year outing. The museum opened in 2004 and has been the home for creating, displaying and storing Tachineputa floats ever since. Visitors can enjoy the sculptures up close from all angles by going to the top floor on the panoramic elevator and climbing down the spiral pathway. On the day the festival begins, one of the massive walls of the building slides open, unleashing the three Tachineputas into the city. The museum can be reached in 45 minutes by acr from Shin-Aomori Station or Aomori Airport. 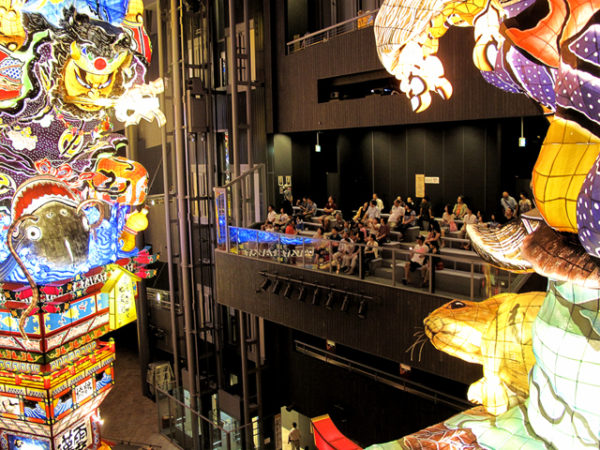 On the 3rd floor of the building, there is the Tachineputa Workshop led by Neputa Meisters where you can find many young people taking part in the process of making new Tachineputa floats all year round. If you want to do more than just observe, you can get a real taste of Tachineputa floats by participating in one of their washi pasting experiences held from late April till mid-June each year. At the end of the activity, participants can receive a “Certificate of Washi Pasting” for free. By July, all neputa parts, such as the head and body, are usually completed. Then, they are assembled into one within the building, which is also a spectacular event to see. 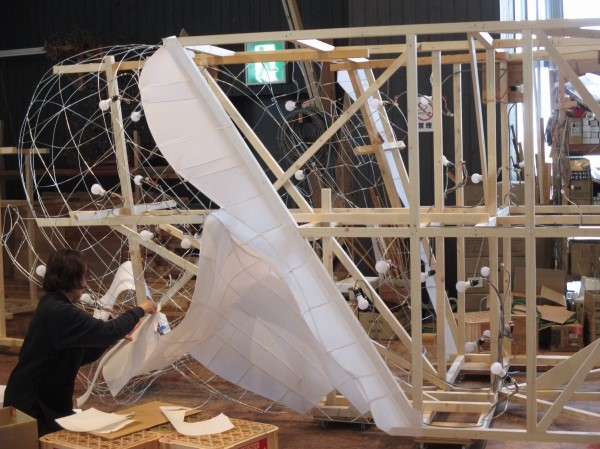 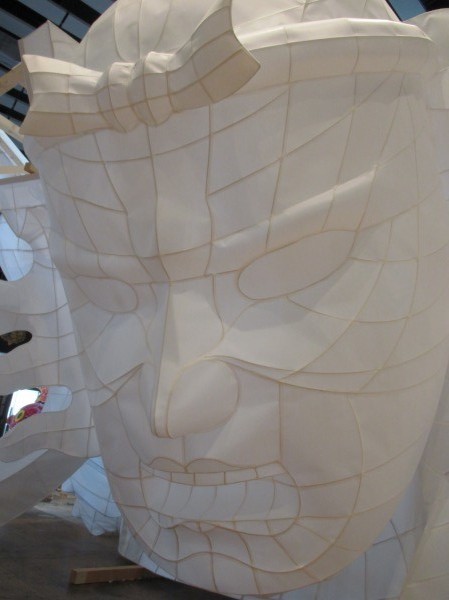