Kanagi is an old, small town. With just a short walk around its streets, visitors can see many impressive places where they can experience the vanishing traditional culture of northeastern Japan. Come and see Kanagi by riding the vintage local train line, Tsugaru Railway, or by riding 20 minutes from Goshogawara Station. During winter, the train’s railcars have not only been serving its passengers but also warming their hearts with the cozy warmth of its coal stoves for almost 90 years. 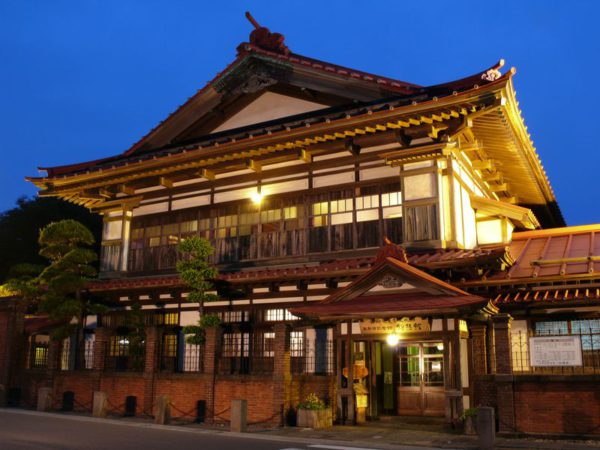 The Shayokan is a major house built in the early 20th century using lavish amounts of fine hinoki timber harvested in the area. The well-preserved estate and its garden measure 2,244㎡ in total, and visitors can freely explore the entire residence. The first floor has 11 rooms measuring a total of 917㎡ in floor area, while the second floor has 8 rooms measuring 383㎡. It was built by a great landlord who was also a regional banker during Japan’s industrial revolution. It is now registered as an Important Cultural Property of Japan as one of the most representative examples of modern Japanese-style estates. The son of the original owner of the house was Osamu Dazai who was a writer active in the first half of the 20th century. Since his works are still popular to this day, the house has a display corner dedicated to him. The beautiful architecture can be reached by car in 20 minutes from Tachineputa Museum, or it is a 7-minute walk from Kanagi Station. 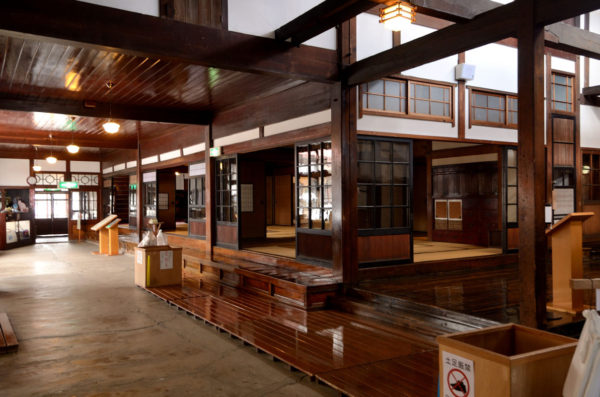 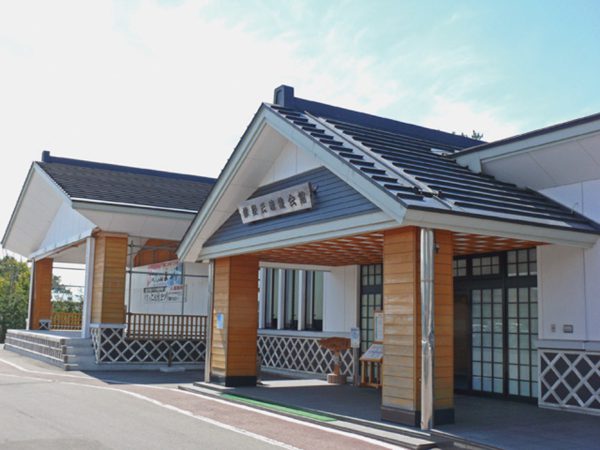 Tsugaru Shamisen is a traditional music genre often referred to as the Japanese blues. The genre is known for its expressive sounds that are fiercely energetic with a dose of melancholy notes. A Shamisen is a string instrument that shares its background with a lute. In Tsugaru Shamisen recitals, the ones with the thickest bachi (a plectrum) and largest bodies are used out of the different types that exist in Japan. They are played by not only strumming the strings with the bachi but also by beating the body like a drum. It used to be an instrument played by blind men who were traveling musicians. They would visit villages entertaining people with their music and songs. Kanagi is the birthplace of such culture. At the Tsugaru Shamisen Kaikan (Tsugaru Shamisen Hall) visitors can listen to live music at multiple scheduled times every day. The hall is right across from the Shayokan. 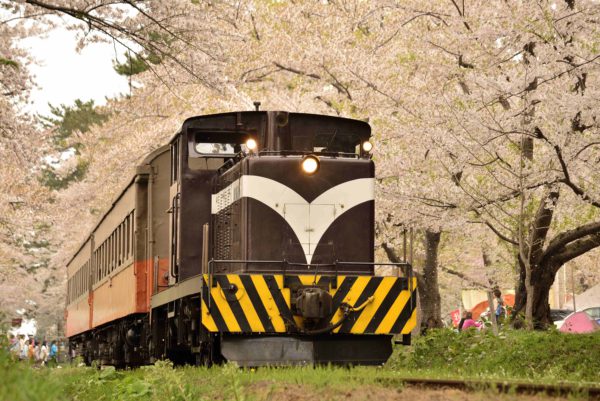 Home to 1,500 cherry blossoms and 1,800 pines, Ashino Park is a beautiful park with a lake at its heart. People can enjoy the summer on boats and the scarlet Japanese maples during autumn. The park’s most famous highlight is the magnificent spectacle you can witness during the cherry blossom season from late April till early May. Every year, many amateur photographers come to capture the photogenic scenery as the local short train weaves through a cloud of cherry blossoms. Ashino Koen Station is the neighboring station to Kanagi Station, and the former station building is preserved as a registered tangible cultural property which now houses a cafe. Come and see for yourself by walking 15 minutes from Tsugaru Shamisen Kaikan.