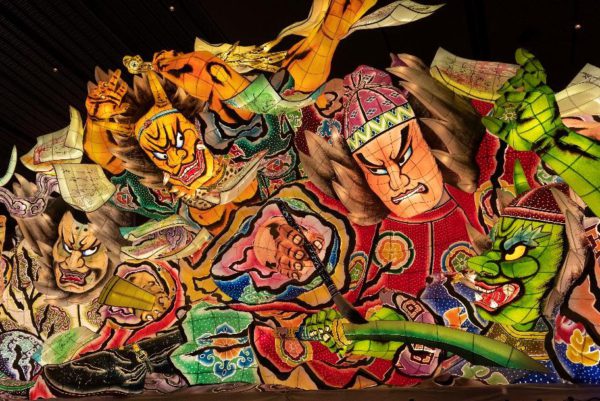 Regarded as one of Japan’s biggest festivals, the Nebuta Festival is held in the city of Aomori every summer, from August 2nd to 7th. During the festival period, about 20 huge wood-and-paper floats called Nebuta parade down the streets.

Each Nebuta float is illuminated from the inside and pulled around by people. Large groups of costumed dancers parade in front of the floats chanting “rassera” and jumping in a unique way for about 2 hours without a break. The festival attracts about 2 million people each year, expanding the population of the city by 7 times during the festival period. 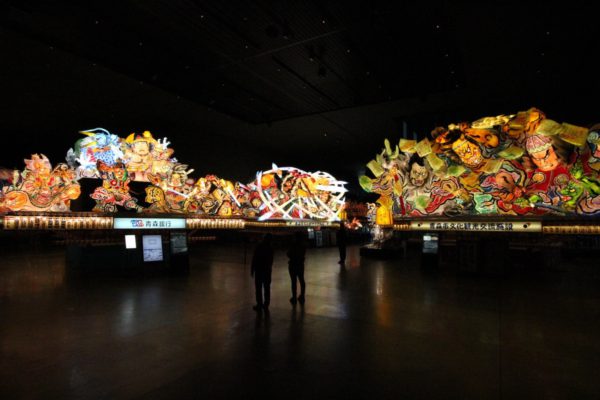 Though the festival only takes place on 6 days every summer, visitors can experience the festival throughout the year at the Nebuta Museum Wa Rasse in the center of Aomori City. The museum not only gives the visitor a chance to look at the magnificent floats up close, but also explains the cultural background as well as the making of the Nebuta floats, thus enhancing affinity between visitors and locals.

With the Nebuta floats actually used in the previous year’s festival on display, visitors can observe and take pictures of them without the distraction of the crowd, spending as much time as they like with those gigantic paper sculptures. Various types of Nebuta faces are on display too, offering visitors a chance to learn about the different schools of Nebuta artisans who design and paint the sculptures in their own unique style. 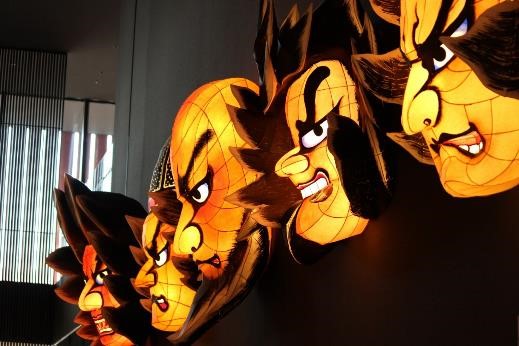 The music is another important element of the festival. The local people start to practice for the festival at every corner of Aomori City as the summer approaches.

One of the main instruments is a traditional bamboo flute. Is is said that it takes about 3 years of practice to play it well enough for the festival. Japanese taiko drums are another instrument that are indispensable for making the music of the festival. During the festival period, the strong rhythmic sound of the drums resonates in the night sky. Teburigane, shallow hand cymbals made of copper and zinc, add a cheerful sound to the music. 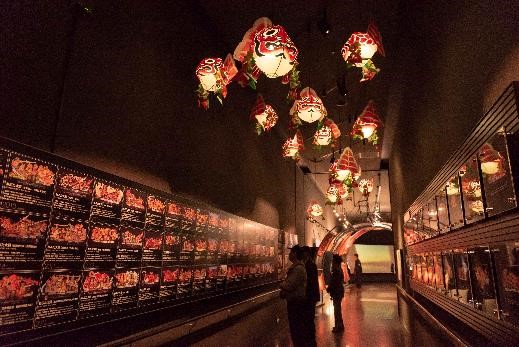 The museum offers visitors a chance to listen to the music, too, with several live performances a day. Visitors can enjoy jumping to the Nebuta music as well as playing the instruments themselves.

The gift shop inside the museum offers a wide variety of souvenirs with Nebuta designs, from towels, T-shirts, and jackets to underwear. A variety of Aomori specialties like apple juice and hard cider are sold here too.